The birthplace of modern Halloween is Ireland. The festival is called Samhain, means November (an ancient Gaelic festival), or Samhuinn that took place thousands of year before. But, nowadays both Ireland and Scotland celebrate with bonfires, traditional foods, and games. This Halloween is celebrated in a way that echoes the ritualistic nature of its origin. In Ireland the last Monday of October is acknowledged as bank holiday in celebrating Halloween. 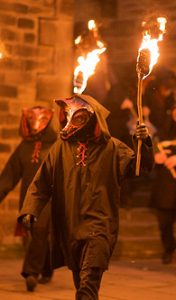 The day of death is celebrated in Mexico in different ways. This festival will be more colorful in the southern regions like states of Michoacon, Oaxaca, and Chiapas. It is celebrated between November 1 and 2 to honor the people who have passed away. The Mexicans believe that the heaven is opened at midnight of October 31 and the children souls return to Earth and will be reunited for 24 hours with their family and the adult souls will join the festival on 2nd of November. The holiday is celebrated with fruits, peanuts, turkey, soda, hot chocolate, stacks of tortillas and a special bread is offered for ghosts called pan de muerto (bread of dead).  The day of death and Halloween have some common features, but they are celebrated as distinct holidays. 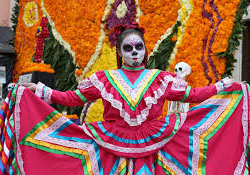 People in Romania celebrate Halloween at Vlad the Impaler. This is based on a real historical figure Prince Vlad III of Wallachia, an extremely cruel ruler. He earned  the nickname “Vlad the Impaler” who tortured his opponents and people who betrayed him in many ways.  Celebrating Dracula can be done by giving parties with a Gothic feel with decorations in black or blood red. It will be perfect to watch classic vampire movies. 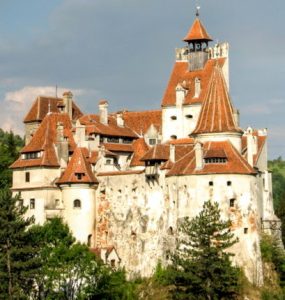 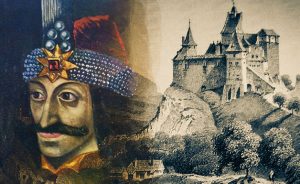 Japan celebrates its Halloween in a form of parade which was popularly known as Kawasaki Halloween Parade. This is the biggest parade in Japan which gathers around 4000 costumed Halloween enthusiasts from all around the world. This Kawasaki parade has strict guidelines, so have to apply 2 months before the parade. This festival is becoming a bigger and crazier thing, attracting more and more attention. Kawasaki, a city just near Tokyo hosts Japan’s largest and wildest parade. 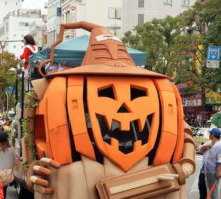 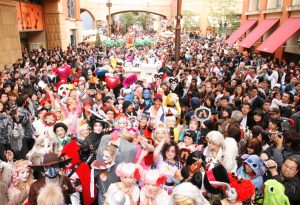 Pangangaluluwa is a Filipino word meaning to Halloween. It is celebrated in the same way as in Western countries. During this a group of people stop by different houses, singing and asking for alms and prayers on the nights of All Saint’s day (November 1st). The people represents the souls in purgatory, asking for prayers from the living soul to help them get into the heaven. 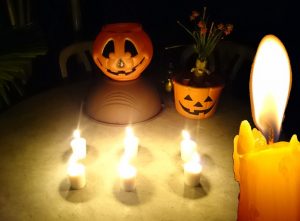 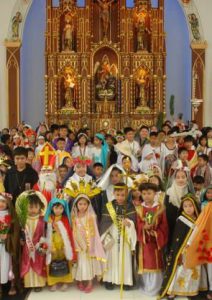 The people of Hong Kong celebrate the Hungry ghost festival on 15th day of seventh lunar month which was around mid-August to mid-September. It is believed that the restless spirits wander around the world and the people offers food or money they wanted to appease them. The eerie activity peaks on the 15th day of the lunar month, known as Yu lan(festival of the hungry ghosts). 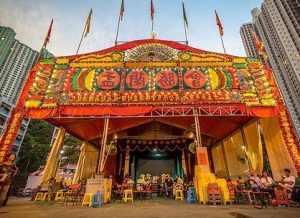 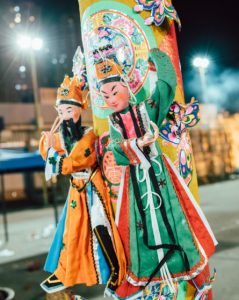 In Poland, people visit the graves of their family members. They celebrate this holiday on November 1 with candles, flowers and offering prayers for their relatives. Zaduszny is asolemn celebration and it is believed that the souls of the dead return to visit their homes and extra places in dinning chair are left for invisible guest to join. The meal is first served to the spirits and then it is shared by others. In many places in Poland, they launch candles into the waterways to send messages to the spirits. 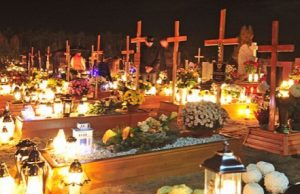 The Odo festival is celebrated to welcome dearly departed friends and family members back to living. It is an important ritual, but it is celebrated once in every two years. It last up to six months (sometimes from December until August) and is celebrated with feasts, music, and masks. 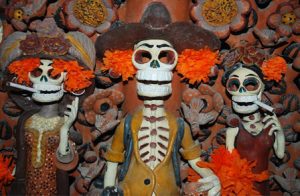 Pchum Ben is a festival in Cambodia where Buddhist people gathers with their family to celebrate the dead. The people in Cambodia give foods like sweet sticky rice and beans wrapped in banana leaves and offers flowers to temple, to respect their ancestors. This is celebrated from September to middle of October. According to Buddhist belief, the people feel sorry for their relatives who passed away. Phchum Ben is the most important festival in Khmer religious calendar. 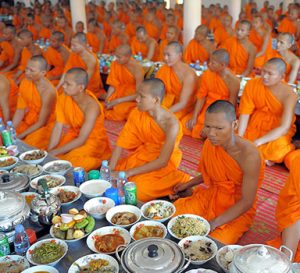 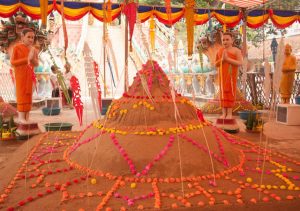 Italian Halloween is known as OGNISSANTI celebrated on the All Saint’s day(November 1). The festival usually begin a couple of days before. During this, people offers fresh flowers especially chrysanthemums on the graves of both their relatives and strangers. They also celebrate the Halloween by putting red candles in the window at sunset and leaving a place in their dinning hoping that the spirits will pay a visit. 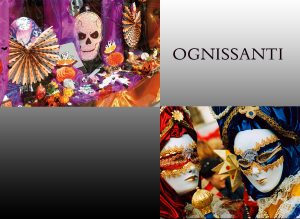